E-cigarettes do not burn tobacco as per traditional cigarettes; they work by heating a solution to create a vapour which is usually thicker and more noticeable than smoke, but smells more pleasant and dissipates quickly.

The action of smoking is known as ‘Vaping’, and the majority of Vapers (the electronic devices that deliver the chosen solutions) use e-liquids. However, other materials may be used including waxy concentrates and dry herbs. E-liquid solutions are usually thick and colourless, containing propylene glycol and/or glycerine, various flavourings and varied concentrations of nicotine.

E-cigarettes retain the name cigarette as the liquids that are vapourised contain nicotine, the same addictive chemical found in tobacco.

The NHS UK support the use of e-cigarettes as an aid to stop smoking, as the vapour provides less health risks compared with smoking tobacco cigarettes.

E-cigarettes are still fairly new and a thorough understanding of their long-term health implications will not be clear until they have been in use for a longer period of time. What is known is that e-cigarettes do not produce tar and carbon monoxide two of the main toxins in conventional cigarette smoke.

The vapour from e-cigarettes has been found to contain some potentially harmful chemicals as found in cigarette smoke, principally formaldehyde; however the levels are much lower. The risks of cancer appears to be much lower than with tobacco smokers, but information regarding heart disease remains unclear. Non-smokers are advised not to use e-cigarettes believing they are safe, but smokers may wish to use them as a better alternative to smoking tobacco .

The Public Health England (2015) report on e-cigarettes states that there is no risk of nicotine poisoning if e-cigarettes are used as intended; vaping as opposed to ingesting the substances. Anyone who overindulges in vaping, much like a person who smokes too much, is likely to feel nauseous but suffer no acute incident.

Concerns for Children and Young People

It is essential that all packaging remains childproof so that children do not accidentally drink the liquid; whilst fatal outcomes are minimal, nausea and vomiting is likely to ensue and parents are advised to bring children straight to hospital if they believe accidental poisoning has occurred.

More concerns regarding the flavour surround the fact that the e-cigarettes appear attractive and almost tailored to younger people, particularly the fruity and candy flavours. Legislative changes as of May 2017 appear to reflect these concerns, and set clearer standards for e-cigarette and tobacco production. Under the Tobacco Products Directive set by the EU a number of measures must take place before 2020, including:

If you want to talk to somebody about smoking cessation, please contact the GHA’s smoking cessation service on 200 52441 between 11am and 3pm Monday to Friday, you can also book your appointment online on: 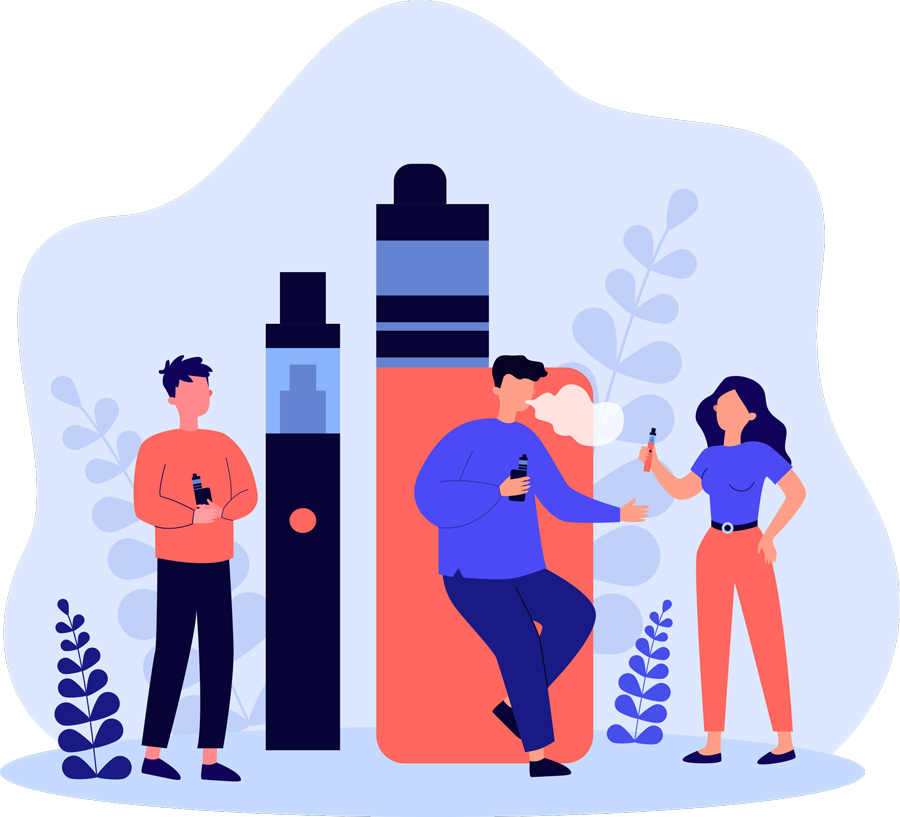